Kansas City has long standing history with prohibition and alcohol; adult beverages are simply in our hereditary makeup.

Kansas City, as many know, was made famous by the likes of Tom Pendergast and the number of ‘speakeasies’ throughout our city. Tom was the city’s political mob boss, our original gangsta’, shrewd businessman, best friend of Harry Truman & owner of many other titles who, through whatever means possible, brought to Kansas City excitement, life and a darn good time during Prohibition.  Tom’s political power and fortune were built upon three things: absolute control of his democratic party’s political machine; ownership of the Ready-Mixed Concrete Company, and personal links with organized crime that had helped to make the city he had been running since 1926 the wildest place in America — filled with bars, brothels, and gambling dens in which, one reporter wrote, “the operators doctor the dice in such a manner as to make a loss to them a gravitational impossibility.”

On January 17, 1920 Prohibition went into effect and though they may have appeared to close down for a short period, saloons simply went “underground” in basements, attics, upper floors, and disguised as other businesses, such as cafes, soda shops, and entertainment venues. Given its name because of the need to whisper or “speak easy,” these many illegal drinking venues quickly became established institutions and quite simply Prohibition never existed in Kansas City under the control of Mr. Pendergast. Gone were the open, swinging doors of saloons as speakeasies disguised themselves in numerous creative ways. Generally before a thirsty patron could cross the illegal threshold, a password, specific handshake or secret knock was required. Gone also were the vibrant sounds of the player piano and entertainment provided by the dancing  girls, as Prohibition ushered in the age of Jazz. With stiff competition from numerous establishments, many Kansas City speakeasies provided music for their patrons and hundreds of jazz musicians easily found work.

With a corrupt police force and the booze flowing freely, the wide-open party town attracted both criminals and musicians.  “If you want to see some sin, forget Paris and head to Kansas City,” journalist Edward Morrow once wrote and Kansas City quickly became known as the “Paris of the Plains.”

Kansas City is truly a craft cocktail destination and offers up more than a few virtuoso cocktail joints – Manifesto, Julep and Ca’ Va among them – but there are must-taste handmade drinks being served up all across the city that it would be impossible to name all of them, so in honor of days gone by I offer to you my top 5 favorite “under-the-radar” cocktail destinations that can mix, stir, and shake things into a glass full of tasty liquidness. 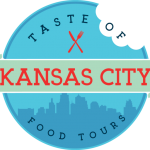